The history of palm production, mainly in Indonesia and Malaysia, which account for 85% of worldwide production, has been related to deforestation and biodiversity degradation problems. In addition to replacing primary forests, the plantings of palm in some countries have been also planted on peat land, provoking significate emissions of greenhouse gases. 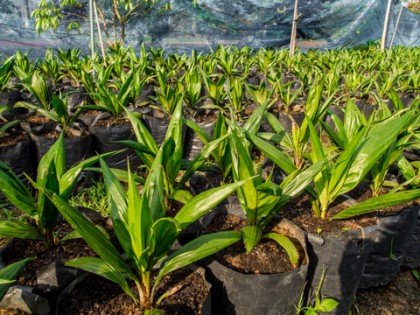 Seeking a sustainable path, Brazil is following a route that is the opposite of the rest of the world. The production of palm in the country is being surrounded by much caution, so that the culture will not be a vector of degradation and deforesting. Part of the field is interested in gathering value to the oil produced in Brazil and thus gain competitiveness in the international market.

The production of palm in the Brazilian territory must follow closely what rules the Agro-ecological Zoning, Production and Management for the Culture of Palm Oil in the Amazon (ZAE). Between the various recommendations of the guiding document, it is said that the producers must respect the limit of 50% of the total area such as the Legal Reservation in the eligible areas and the implicit prohibition of deforesting of new areas.

From a social point of view, the producers must also meet demands such as the regulatory norm – NR-31, which disposes of work security and health. The respect to social and environmental affairs puts the country in a leading situation compared with other producer nations.

The summation of these environmental and social actions creates a unique environment in the world for the production of palm oil in Brazil, highlighting the negative balance in carbon emission, the freedom of workers when it comes to labor and the development of social vectors that improve the workers and the neighboring communities’ quality of life.