Specialists no longer use the word “dendezeiro” to talk about Elaeis guineensis Jacq, or simply palm. It is one of the dozen of species of palm trees existent in the tropical regions of the planet, and it is receiving more prominence by the day in the worldwide scenery due to its use in the food, cosmetics, hygiene and cleaning industries, agro-energy and biofuels. 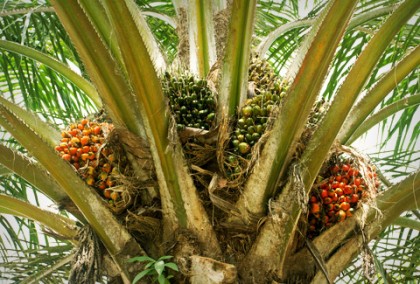 Oil palm is the term used in the technical means, and the most accepted term worldwide when it comes to talking about the palm tree that found ideal conditions for its own development in the tropical soil and climate. The expression “dendezeiro” is, therefore, restrict to popular use, which brought the word into the Brazilian vocabulary and enriched our language even more.

Originated probably in the Gulf of Guinea, in Africa, palm crossed the Atlantic Ocean when slaves brought it. Palm trees quickly acclimated here. The first populations of the new species were registered in Rio de Janeiro and Bahia.

Currently, it is in the Amazon that the oil palm has its biggest production, being developed in large scale, especially in areas that have already been deforested or present a high level of degradation. The combination of climate and soil makes the Amazonian region a priority area for the production of palm.